Is it storage system time ?

So todays’ post will be short about creating ZFS pool on CentOs 7. This is logical follow up from previous post where I covered build out of new server. So what i have decided on is software RAID-1 for OS system using LVM.

Now for the data disk I have 3x4TB disks. And after looking around I made decision to use ZFS. Why ZFS ? Its reliable ( worked with systems based on it before ) and its really fast if you do a deep dive and configure it up to your needs.  As I would like to avoid duplication of posts you can find install guidelines in here on ZFS wiki.

For some of ppl ( like me 🙂 ) it’s handy to drop an eye on documentation so you know what you are dealing with. This can be good entry point before we continue and I will most probably refer you to RT*M 🙂 couple of times along the way. Documentation for administering ZFS is here

Which drives do we use ?

So let’s start by checking our available disks

Although here it might be worth to look into assign human readable alias details to your drives. In single host scenario it might not be so useful. But when you get into working with enterprise systems in production where for obvious reasons 🙂 you have more than one server it becomes really handy.
But before actually doing this on operating system I have done the prep work on the server itself

Now all its left to do is to create ZFS pool. However just to be on the safe side we can execute a dry run.

In the command above the following happens:

Result shows what would be done for our drives

For me this looks promising – lets go ahead and get our pool created for real.

The reason I’m mentioning here 4K Advanced Format drive is performance. Found here is snippet from forum thread that explains what we are looking at:

Now this is ugly! It will either be downpadded to 42.5KiB or padded toward 43.00KiB, which can vary per disk. Both of these are non optimal for 4KiB sector harddrives. This is because both 42.5K and 43K are not whole multiples of 4K. It needs to be a multiple of 4K to be optimal.

So after running the command above we have our pool running

And thats more less it for now 🙂 we got our pool running and mounted as it should.

Extra resources ? Something for future ?

In later posts we will look into performance consideration within different configurations. Which will enable us to be faster based on factual decisions in configuration.

Also I have came across really useful post about ZFS which you can find below:

Building own datacenter – this time at home 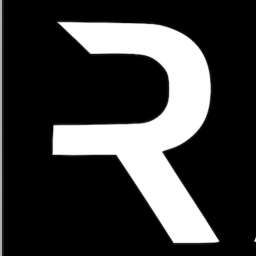